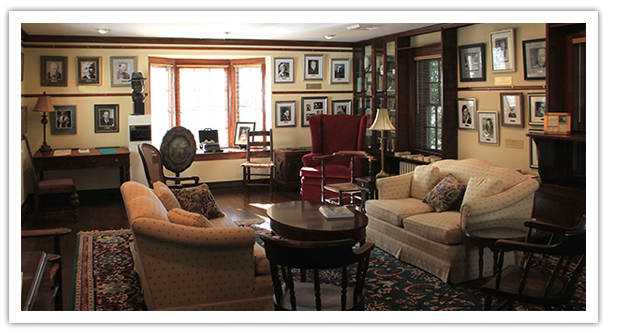 On the evening of January 21, 1937, historical novelist James Boyd stood at his work desk in his home on Weymouth Heights, now the Weymouth Center for the Arts and Humanities, and began to write a letter to his editor, Maxwell Perkins.

“Tom Wolfe just left last night after a 3-day visit,” Boyd wrote. “He arrived here (at 4:47 a.m.) thoroughly whipped down by New Orleans and Atlanta cheer and in his state was disposed to take on roles of Prometheus Bound and having refreshed himself, Ajax defying the literary Agents.”

For James and Katharine Boyd, Wolfe was just the latest in the series of literary visitors who would inspire journalist Jonathan Daniels, press secretary to FDR and Harry Truman, to write that the Southern Literary Renaissance began in the living room at the Boyd house. Despite his obvious hyperbole, Daniels was, in part, correct. The literary conversations between the Boyds and F. Scott Fitzgerald, Thomas Wolfe, Sherwood Anderson, Paul Green and many other popular writers of the time are at the heart and soul of much of 20th century American literature.

When F. Scott Fitzgerald visited with the Boyds in June of 1935, his Jazz-Age novels and short stories had fallen out of favor with a readership suffering through the Great Depression. When Fitzgerald was entertained in the library at the Boyd house, he wasn’t shy about critiquing Boyd’s novels and then apologizing in letters written at his leisure. By 1936, Fitzgerald’s wife Zelda was confined to Highlands Hospital in Asheville and the author of The Great Gatsby was splitting his time between Baltimore and North Carolina. Eventually, he would migrate to California and write for the movie studios. He would die there in obscurity in 1941.

North Carolina’s Thomas Wolfe was at the apogee of his writing career when he climbed in one of the living room windows at the Boyd house and fell asleep on a couch early on the morning of his arrival. His novels, Look Homeward Angel and Of Time and the River, were bestsellers, but Wolfe was at war with his editor Maxwell Perkins and fame was weighing heavily on the broad shoulders of the six-foot-five-inch Tar Heel author. 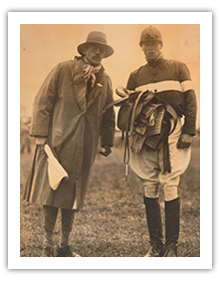 Sherwood Anderson was the most frequent out-of-state literary visitor to Weymouth in the late 1930s. He loved horses and horse racing — the Sandhills offered both in abundance — and his friendship with James and Katharine was, despite the differences in their social backgrounds, genuine. He’d already mentored William Faulkner and Ernest Hemingway, and in the late 30s, he was still writing novels and short stories. His episodic novel Winesburg, Ohio and his short stories “Death in the Woods” and “The Egg” are required reading for any American.

Paul Green and James Boyd were best friends. The Greens lived in Chapel Hill, so they often visited with the Boyds. In 1927, Green won the Pulitzer Prize for his play In Abraham’s Bosom, and his symphonic drama, The Lost Colony, is still in production.

The Boyd literary tradition continues. Hundreds of North Carolina writers have found the inspiration and solitude to write works of importance at the Weymouth Center for the Arts and Humanities, and the Ragan Lecture Series, which is open to the public, continues to draw upon the finest literary minds of the 21st century.