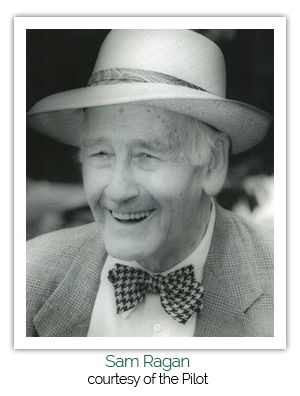 In 1969, Ragan purchased the Southern Pines Pilot newspaper from Katharine Boyd and, after Katharine’s death, became active in the campaign to save the Boyd estate as a unique center for creative artists.  The Friends of Weymouth was chartered as a nonprofit corporation in 1977.  Contributors and supporters across Moore County and statewide were involved the campaign to raise $700,000 for the purchase of the estate. In 1979, the Weymouth Center for the Arts & Humanities was dedicated, it’s purpose to support the creative spirit and human aspirations for the good life.  The Boyd House and remaining acreage is listed in the National Register of Historic Places and was awarded a certificate of achievement by the National Wildlife Federation in 2003.